(1)Police)-Please tell us who you are and what you do for those not familiar with you?
Hyper Hype is my name,a simple man and a  friendly person
ARTIST,ACTOR music PRODUCER,RADIO broadcaster & promoter.I made my first movies role as an HIV/AIDs carrier in a MOVIE called HOME AWAY FROM HOME'' then in 2010 i acted in a Nollywood MOVIE called NATASHA DE PRODIGAL' as a Dj & a Pimp in the Movie
-  BEFFTA nominee 2011 as Best Male Afro/African Artist
-  BEFFTA  winner 2011with BEST STATION/Radioi.e( EAV) www.eastafricanvoice.com
- BEFFTA Nominee 2012 with eastafricanvoice (EAV)
-  Winner BEST Luo/Acholi ARTIST Europe/Uk 2011- 2012
-Nominee BEST Luo/ACHOLI ARTIST/Singer Europe/Uk 2012/2013 Winner to be confirmed on 1st of Jan 2013 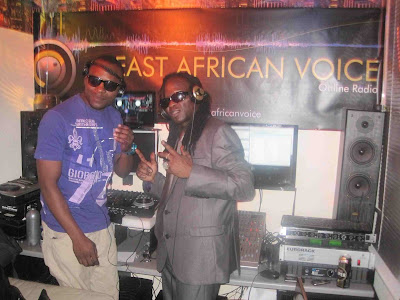 (2)Police):What 3 words best describe you as a person?
HYPER:Generous,Swag Ambitious

(3) Police):What cologne are you wearing if any as we speak?

HYPER: I like wearing Jovan Musk,they are cheap but work wonders
i also like Joop & PDiddy after shave

(4)Police):There are many others doing what you do what makes you different from all the rest?

HYPER-I think coz i its my passion,some people do what they do because others are doing it,i take my jobs as a hobby too,i also do promote alot of charities 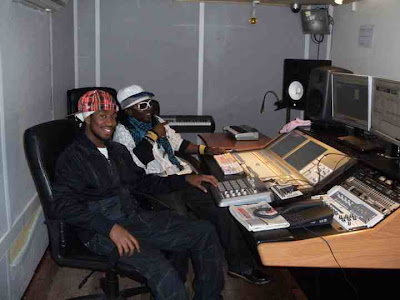 (5)Police)-When not working what do you enjoy doing?

HYPER:  F......king WOMEN'aaaaaaahaaaa 'am KIDDING(Thats what most    p'ple think of me,which is NOT TRUE at all).
I like 2 communicate with my families,friends on social media which again its a hobby n  i get more call of duty of my performances, promotions and contacts from. 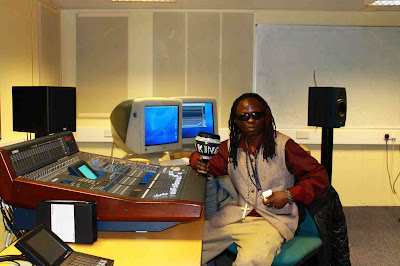 (6)Police)-What music would have you running on the dance floor to do your 2 steps?
HYPER-I know alot of dance craze stylez i cant count,it all started when i was a kid i  was Break dancer and i won a few prizes in Schools and clubs as well.As for now a few shots and am on the dancefloor most of my friends hate/like me 4 that,as they want me to sit down with them in the corner,thats too boring for me

(7)Police):Who are your 3 best friends you would ride and die for?

HYPER:Thats a strong word,i have lots of friends but would they ride & die for me?I dont think so
probably I'll do that for them,but i dnt think any would do the same to me.Am alwayz been the cool one and generous 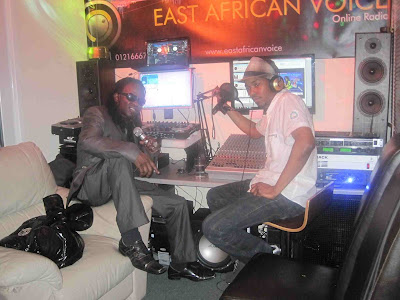 (8)Police):Tell us all about who Hyper Hype is and how you came to the name?

HYPER :I started Djiing and MCiing in London at the time ladies were calling me Mc Hype,they say am too hyper,there da name grew.There was another garage Dj called Dj Hype so i changed it to both MC Hyper Hype and Og Hyper Hype but as the music scene changes i took out the MC and Og word from it too, as i progress to being a performer and Producing.. Some people still call me those names MC or Og 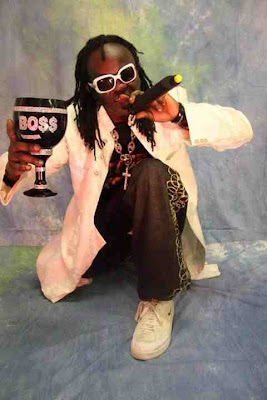 (9)Police):If you was to walk the red carpet which designer would you wear and why?
HYPER:I'd wear my d'signs which i did @Beffta 2011,i also wore my d'sign i.e the big long black jacket and tailored suit , d'signed it.I love designing am also very good at Fine art and painting thats why. 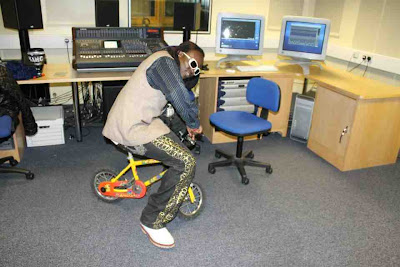 (10)Police):If the fashion police was to be a fly on your bedroom wall what would they be shock to see?
HYPE-There's nothing suprising or shocking, i guess they're nice, cozy with wide screen tvs .I hv two bedrooms where i spend alot of time and chats in them,my livingroom mostly 4 guest downstirs

(11)Police:We know you are busy working on some beats for catwalk professor upcoming documentary"Broken Silence"tell us all about that and what can people expect?
HYPER: I thinks it will also be one of my best,i had invited a few good beautufull sexy models who Catwalk Professor had trained or worked with  i.e I needed some  inspirations,and for them to give me a little bit of who Catwalk proffesor is.I like working alongside beautifull women around me.Its one of those beats you'll like to listen or dance or Nod to,expect Beatz for the Rides,catwalk/Runway,Clubs,radios or commercial Adds (12)Police:How can someone from the other side of the world view your work and learn more about you?
HYPER: Stay tune either go check my work on YOUTUBE by typing in    HYPER  HYPE more of my videos exploding b4 2013 hv got alot in store
have only started posting my videos previously as they were too HOT(Obscene & explicit)I have only changed my style recently to commercial joints,but still gonna b hot. 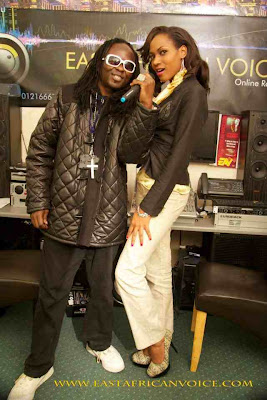 (13)Police):What are a few things people may say about you that is not true that   you would love to address here?
HYPER:Lots of things have been said,but nothing serious that i cant handle,most times i proved people wrong,and always come back with a vengeance,that's what's up.

14) Police):If you was given 1 ticket to fly any where in the world where would you go and why?
HYPER :I haven't been back home to Uganda since i came to Uk as a kid,i would love that  or probably hit Barbados sun with a date of my dream as am still single. 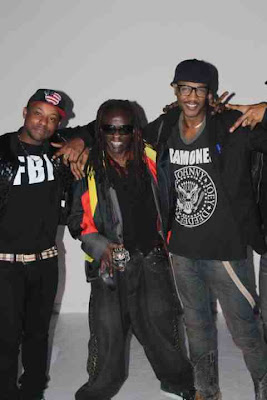 (15)Police):Where do you see yourself in 10 years time?
HYPER : With a lot of progress,lots of big name contacts in all directions than previous years,i'll be set i think less than in 10 yrs,but i'll be giving alot back as well,With believe and trust in God anything can happen at this pace.

(16)Police)::What do you think of men who teaches women how to walk?
HYPER: The way i have seen it,you are best in what you do,and the ladies love  it. Women are also doing what men do,so why not

(17)Police):What do you think of the fashion police news blog?

HYPER:Fashion Police blog is too cool,It represents Fashion/ runway and entertainment world on the spot 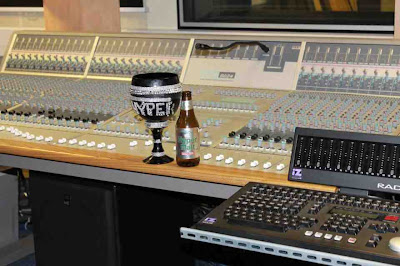 (18) Police :What are 4 things some women do that makes you mad?

HYPER: Ahaa,ha  am going to be slaughtered here . (a) Them pretending they dont want it when they really craving for it( b)-Knowing too much( 2) You cant ague with women much,because you are the one who'll be on the wrong most times.
(19)Police):Are you married/single/divorce/seeing someone?
HYPER; Have been Flirting with 'em gals alot but Still Single but hear this,2013 i will be seriouly looking into deep relationship.

(20)Police):If you had the power to change one thing in the music industry what would it be and why?
HYPER:If i had a contract on big record company, they'll see international act/talents break through.
i have met alot of talented acts during my times in a recording studios and performing with various artist and has seen good performances that x-Factor  cant even provide,am talking about raw talents,they pick certain type of people on x-factors etc.I like the VOICE. 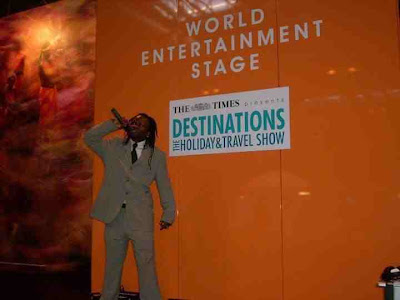 (22)Police):Describe your fashion sense?
HYPER :HyperFusionz i.e Blenz of Gents suits, and Street Styles i wear my own made designs fashions most times.The clothes i wore @ Miss Black Africa performances and  @Beffta Awards too was my tailored made i.e 'Hype fashions.Mostly i buy clothes n put my designs on them. 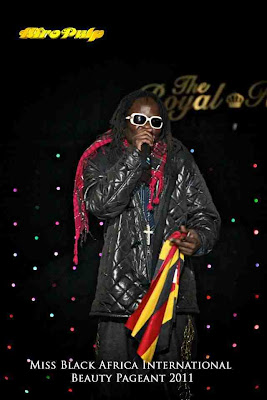 (23)Police):What are your thoughts on music that call women B*TCHES?

HYPER:Sometimes the world needs that,Cant be on a straight line all the time i used to do those songs too,there are some women who called themselves B***ach who like to fall into those characters and they love it too,they love shaking 'em big A**s Booties to the fullest on tracks.I only stop making those kind of songs because i dont get radio plays and you cant perform those songs.I have alot of tracks like that in my library @home,but they dont go out,i love 'em,IF I WAS DOING COMERCIAL SONGS FROM BACK then without swear words when i started ,I WOULD HAVE BEEN A VERY RICH MOUTHF****R by now, things are changing alot and i'd grown to respect women alot too.

(24)Police):What advice do you have for anyone willing to walk in your footsteps?
HYPER:Its amazing  this kind of lifestyle,BUT I HAVEN'T MADE IT YET,its also very hard ,lots of obstacles .My advise is its hard work,make it a hobby but at the same time you meet alot of nice people on the way,leave those who put you down behind you,believe in yourself first before anyone starts believing in you.

(25) Police):How do you create beats?
HYPER:I like using Logic'Pro tools,its Simpler to create and easy to make  beats i know alot of big names who are using it too. 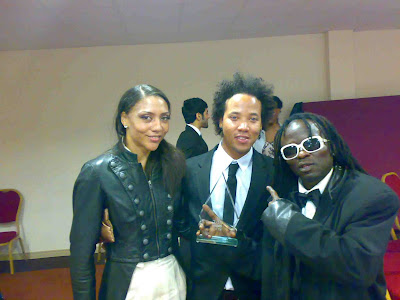 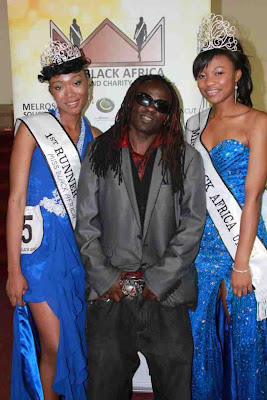 look out for his upcoming movie on mental health called"Destiny".......you will not want to miss this,so watch this space
Breaking News By Fashion Police News Report at Monday, December 10, 2012 No comments: Links to this post

How many views does this blog have since starting on December 4th 2011?

Cameras are watching you

BEST MODEL TRAINER IN THE U.K

THE MAN WHO TEACHES ALL THE GIRLS TO WALK

Fashion Police News Report
London, United Kingdom
Fashion Police news is based in London and managed by the 3 time award winning"BEST MODEL TRAINER"in the U.K voted at the BEFFTA awards 2009,2010,2011 also known as the man who teaches all the girls how to walk the runway and goes by the name of catwalk professor who is also known as Mr Fierce.This man is known for telling you just how it is as some say his tongue is made from acid.Catwalk Professor is also a TV personality to ITV2/MTV.Fashion Police News will be showing you whats hot and whats not covering some events and arresting those who are just not cutting it and interviewing those who looks great in how they conbine their fashion,this blog will also be doing interviews on up and coming artist from designers,models,singers and much more asking them questions others fail to ask.If you are hosting an upcoming event any where in the world and would like the Fashion Police News Reporters to attend send your email of intrest to fashion_police_news@hotmail.co.uk